A lucky player from Sweden has just won 80 million SEK ($8,8 million) at the Joker Millions from the Swedish production company, Yggdrasil.

It must’ve been something of a surprise, the winner got as he played himself into a millionaires life. A single press of a button and all of your economic challenges are gone. Imagine being SO lucky!

The coveted online casino LeoVegas has a lot of different game variations. Here you can play everything from slot machines, jackpot games and scratch cards – to card games and live casino.

The creator of the Joker Millions, Yggdrasil Gaming, was created in 2013 and has since been one of the industry’s most respected suppliers. They created the Joker Millions in 2015, making the game the company’s first progressive jackpot game. According to Yggdrasil’s CEO, Fredrik Elmqvist, the jackpot pool will soon have built itself up to the former starting point. 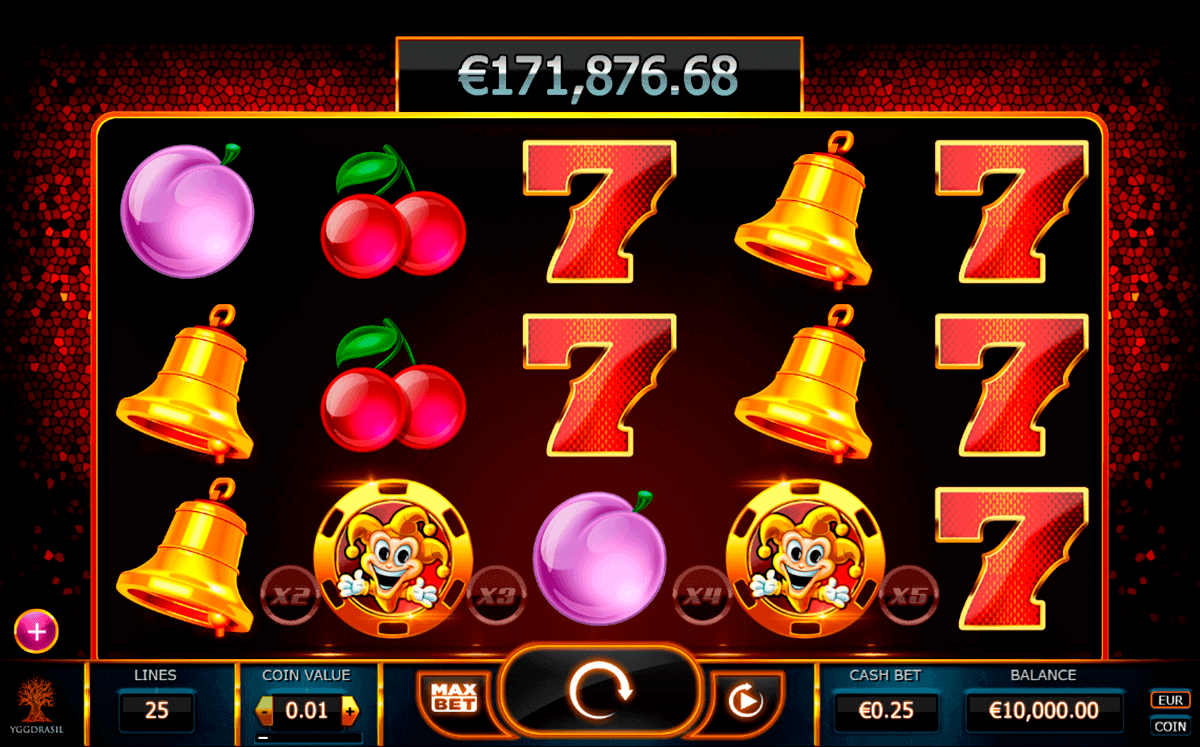 The symbols on the Joker Millions slot machine are completely identical to the traditional slot machines, that you can find at the physical casinos. With the game’s exclusive design, one cannot help but feel attracted. It tickles your fingers at the sight of the many millions at stake on the front page. Not only that, you can also see the money rolling into the jackpot pool.

This just makes you crave even more after the win. The Joker Millions consists of five reels, three rows and 25 paylines. The thing that stands out from the traditional slot machine is the joker. In this game, each joker contains a Mystery Win, which allocates up to 1000 coins. You have to collect all 15 jokers in a jackpot spin to win the jackpot!

So it’s not just Yggdrasil who promises the big winnings. The provider NetEnt’s slot machine, the Hall of Gods, paid out a jackpot of no less than 6.7 million euros, equivalent to approx. 7,6 million USD. The winner of the Hall of Gods won the same place as the Swedish winner in the Joker Millions, namely LeoVegas.

Try LeoVegas for yourself. Maybe you will be the big winner.