Net Entertainment – commonly known as NetEnt these days – is a Swedish online game developer which has been one of the leading lights in the industry for decades. Founded in 1996, this company has been responsible for some of the greatest slot games ever created. NetEnt games are to be found in most of the world’s leading online casinos and are as popular today as they ever were. This developer has come up with hundreds of slot games and while not all of them have been successful, a very large number have proven to be enduringly popular.

It is no easy task, but in this article we are going to attempt to pick out three of the best NetEnt games from their incredible catalogue. Read on to find out which three games made our shortlist of slots from one of the world’s biggest gaming developers.

Where better to start on a list like this than with the NetEnt game that offers the biggest potential reward? Mega Fortune has been a flagship slot game for these Swedish maestros for years. Mega Fortune is responsible for the third (or possibly fourth, depending on the euro to sterling exchange rate) biggest online slot jackpot of all time. In January of 2013 a lucky Finnish player scooped a prize of €17,860,868 when playing this game at Paf Casino. So how exactly has Mega Fortune remained popular since its release back in 2009?

The obvious answer to this question is that this game is popular due to its massive jackpots. The slot uses symbols which are synonymous with wealth, such as luxury cars, watches, jewellery, speedboats and bankrolls of cash. The basic game is simple enough, paying out for lines of three or more symbols in a row with the limo being the highest paying symbol. The speedboat is the wild card, and it can replace any other base game symbol except for the scatter and the bonus. The scatter symbol is a champagne bottle with glasses, and players will feel like popping open the bubbly when this one appears as it unlocks free spins. However, the big draw with this game is the Bonus game which is triggered when three or more bonus symbols show up on the reels in a winning formation.

Those players lucky enough to line up those bonus symbols are taken to a new screen where a wheel of fortune appears. There are three jackpots to play for: a Rapid Jackpot, Major Jackpot and Mega Jackpot. First the outer part of the wheel is spun and will stop either on a cash amount in the low hundreds or else an arrow taking the player to the next level. The next wheel is spun for higher amounts and with just four arrows. Next up is a wheel which offers prizes in the thousands and if players are extremely lucky they will hit the lone arrow to give them that Mega jackpot award. Not many get to experience that feeling, but millions of players keep coming back to try their luck on this famous game. 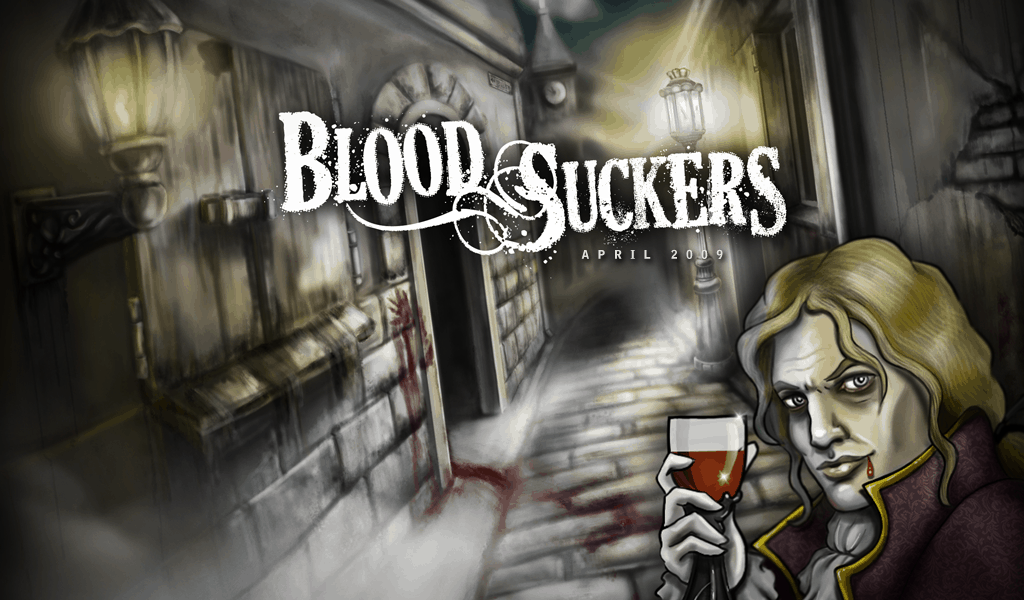 All three of the games on this list have proved to be so popular that they have inspired sequels – as well as a host of imitators – and Bloodsuckers is no different. The original Blood Suckers game was released in 2013 and is notable for offering one of the best returns to players of any slot game out there, with a huge 98% RTP. As if that wasn’t enough to recommend it, this vampire themed game offers a lot of fun with its two bonus games taking the excitement to a different level.

The first bonus game takes the player to a creepy crypt where you pick and click on coffins to reveal either a cash amount or a ghostly ghoul who ends the game. Every time you choose correctly you go to a new room where, with a bit of luck, you will keep adding to your prize. The second bonus round is a set of 10 free spins, unlocked when three scatters are discovered. During this valuable round every win is multiplied by three, making it a triple treat. Blood Suckers 2 is a 2017 update of the original, featuring fresher graphics but keeping the essential character of the older game, albeit with a slightly less generous return to player of 96.4%.

The third of our trio of top NetEnt slot games is Jack Hammer, the game with a private eye as its lead character. Styled like a version of the 1930s Dick Tracy comics, both Jack Hammer and its sequel take the player into a fictional world where a story is played out via the different symbols in the game. In both cases, our hero Jack Hammer must beat the bad guy and save the girl to emerge triumphant.

A winning payline in Jack Hammer triggers the Sticky Win feature whereby winning symbols stay frozen as the remaining reels spin again. Add more winning symbols to get another respin, while your winnings mount up. Ideally you will cover all of the reels with a single high value symbol to earn major rewards. Find enough free spin symbols and between 10 and 30 free spins are triggered with all winnings multiplied by three. In Jack Hammer 2 the action moves to the docklands, but the game mechanics are the same as in the much-loved original.

Choosing just three games from NetEnt’s extensive catalogue was no easy task. There are many other marvellous slot games which could easily have made this list, with games like Steam Tower, Hall of Gods, Guns ‘n Roses, Dead or Alive, Muse and Starburst all making a strong case for inclusion. One thing is certain: if you join a casino which features NetEnt slots you are going to enjoy some of the best slot gaming action around.